In all of my free time [insert chuckle here] I have been trying to find new and exciting recipes. I want stuff that I'm able to make. That I know other people would want to make too. I'm not one of those fancy, unable to name ingredient people, I want things I can pronounce. Things that taste good. Things that are comforting.

Recently Stef at Cupcake Project did a post about her mom and the lasagna that she remembers as a kid. I found it very interesting what Stef did with the lasagna recipe. You'll see here in a few what I mean. Then I was clicking through some recipes on Food Buzz and came across a recipe for Steep & Deep Lasagna. Ooooo. That sounds yummy! To me, those two posts were the universe telling me that I needed to make lasagna. Oh and dear hubby mentioned it too (and what dear hubby asks for...well, you know the rest).
I decided to use this recipe. With a couple of changes (I'll note those in the recipe below). It wasn't acutally until I was assembling the lasagne that my cupcake intuition took over (and a little inspiration from Stef). I just so happened to have a little bit of ingredients left so I decided to whip them into cupcake form! Look how beautiful they are! I was so afraid that the noodles were going to be hard and chewy around the top of the cups. Nope! They were a crispy, almost crackery crust. They were perfect! I actually wish now that I would have done all of them this way. Oh well, gives me an excuse to have to make lasagna again! 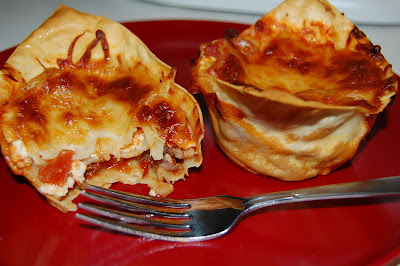 The rest of the ingredients I used in kind of non-traditional lasagna way too. Sortachef at Woodfired Kitchen suggested making your lasagna Steep & Deep by baking it in a loaf pan. I, for some reason, do not own a loaf pan.  The last two that I've had I've ended up donating to the trash because they have been scratched and ended up rusting out. So I asked my dear mother in law if I could borrow one, well okay, two. And she so graciously obliged.
Here are the ingredients you'll need. This acutally will make two lasagne's (lasagne...I don't know is it plural like geese?? Okay I'm not an English major, just remember that). Anyways, it will make one vegetarian and one with meat sauce. If you prefer to have one or the other then you'll just have to double that ingredient. 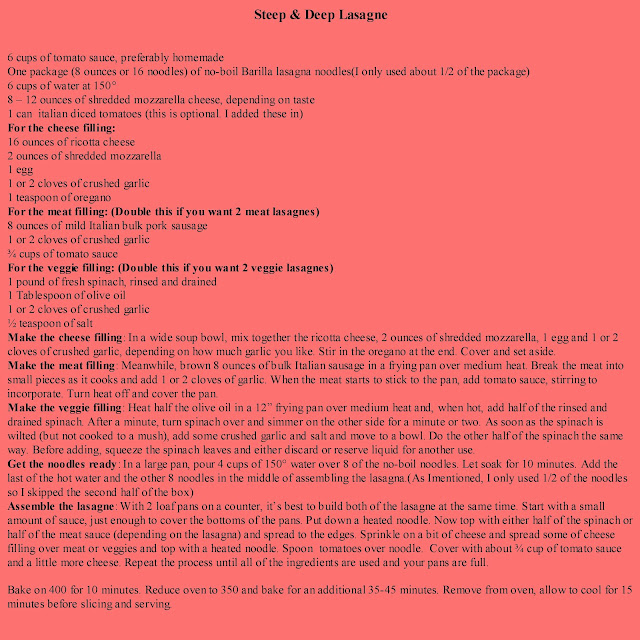 If you decide that the cupcake version of this is calling your name, here's what you need to do. I used a jumbo cupcake pan for this. Place one of the noodles in the cupcake tin. Top with the meat or veggie filling. Add the cheese filling and some mozarella cheese. Add in another piece of noodle, and top with more sauce and cheese and bake on 400 for 10 min, reduce the oven temperature to 350 and bake for an additional 20 minutes. They'll come out perfect.

I don't know if you've noticed as much as I have, but I think cucpakes are starting to infiltrate everything about my life! 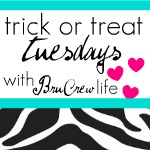 Posted by cupsbykim at 6:05 PM