So clearly after today, I have realized that I am totally clueless when it comes to the Paleo diet. I know quite a few people who eat this way, and have had amazing results, however, I am not one of them. If you want to know more about the Paleo Plan I suggest starting here.

I started doing The Belly Fat Cure 6 days ago and so far, so good. Although it is tough blogging about food and following others when I am watching the carbs and sugars. I have to do it though, for my health.

When I first started on this plan I kept thinking about how I was going to be able to encorporate this eating plan into cupcake baking. I've had many ideas come to mind. And there are still a few I'm working on (you'll have to check back to see those). Well earlier this week, Stephanie over at Cupcake Project posted this, Paleo Diet Carrot Cupcakes.

I thought this was a great idea. The Paleo diet is very similar to the diet that I've been following so I thought, this will be perfect. And I'll even be able to give these a taste (not so much for the last post I did).

The first thing I had to do was find all of the ingredients for this recipe. It does contain some different, not your every day cupcake baking ingredients. Here's a list of what you'll need. This is exactly as listed on Cupcake Project, with my changes noted.

Cupcake Ingredients:
Frosting Ingredients: (I didn't use this recipe at all, basically because I couldn't find the coconut oil. I decided just to put a little shredded coconut on top of the cupcakes just to decorate them up a little. Again the Paleo diet kind of limits what can be used, as does my pantry)

Now, according to alot of posts I've seen online, dieters using the Paleo plan don't necessarily like to use the maple syrup, but I decided for the first time around to not stray too far from the original recipe. If you would like to change it up a little you can. 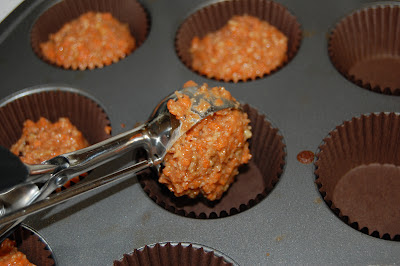 
They smelled amazing while they were baking, although just so you know, the cucpakes did not rise at all while baking. I couldn't wait for these to cool so that I could try them! 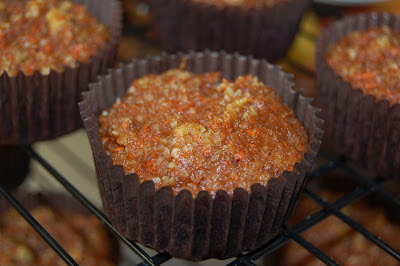 After I let them sit for a few minutes I opened one up. The smell was  amazing. A mix between spice and maple. When I bit into the cupcake I was a bit surprised by the texture. They were kind of chunky (or grainy, or something else that I just can't think of an adjective for right now). I think the Cardamom was a little overpowering. It was really strong. Between the cardamom and the walnuts I couldn't really taste much of anything else.  I decided as I mentioned above to just top these with a little sprinkle of shredded coconut, although my mom thought that they might taste pretty good with an orange glaze of some type (I didn't try that) but I thought that might taste pretty good too.

I am glad that I made these, and I'd really like for some of my Paleo friends to try them so they can tell me what they really think about them. Maybe the next creation will be slightly better. I guess we'll just have to wait and see!

You'll find me linked up here:

Posted by cupsbykim at 1:11 PM